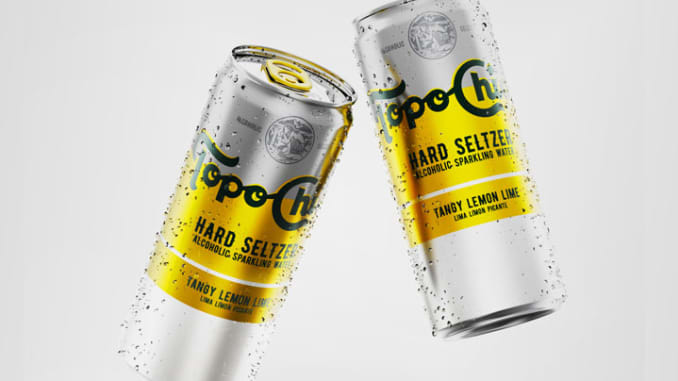 Coca-Cola is doing something that they haven’t done in North America in 37 years: selling liquor. They’re planning on selling a hard seltzer under their brand Topo Chico.

If you have read any of my other posts or been to a liquor store lately, you would know how much hard seltzers have taken over the market, in fact they have brought in over 3 billion dollars since July 2019, which is up 241 percent since last year.

The Topo Chico hard seltzer will first be released later this year in Latin America and make its way to the U.S. by 2021. They haven’t released a ton of details about it except that it will launch with a tangy lemon lime expression.

According to a statement, “Topo Chico Hard Seltzer is an experimental drink inspired by Topo Chico sparkling mineral water, which has been popular with many mixologists.”

Last year Coca-Cola released a lemon flavored cocktail in a can in Japan. It comes in 3 different varieties of 3 percent, 5 percent, and 7 percent abv. 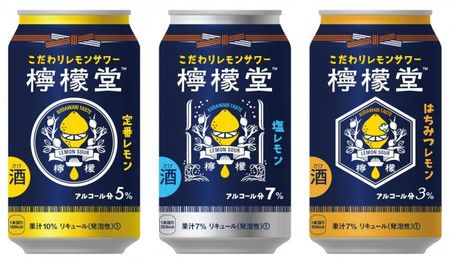 The campaign that is breaking marketers brain…is it smart? Will it actually assist in selling the whopper because of the transparency? Well what Burger King is getting across to consumers is that they’re officially removing artificial preservatives from the Whopper. For example here’s a McDonald’s burger after 2 years passing, read more here:

Burger King is all in on this campaign though, outside of print ads in both the U.S. and U.K., they’ve put a 28 day time lapse of the decaying burger all over their social media channels. They’re committed to removing all artificial preservatives, colors, and flavors from their items by the end of 2020. It may a disgusting campaign but at least they’re being transparent with their food products and have high hopes for 2020. And ode to the Whopper! Let’s us know if you need any revolutionary marketing assistance!

Tis’ the season! And guess what, IHOP is back with another fun, festive menu. Yep, an Elf on a Shelf inspired menu. This promotional menu is currently running from right now until January 1st 2020, but what exactly does the menu entail? Here’s a summary of the menu items from USA Today:

Yum, yum, and more yum. Sign me up for the Jolly Cakes with an order of Oh What Funnel Cakes as well, because my diet has been naughty. Outside of the menu items, kids 12 and under also eat free every day from 4 p.m. to 10 p.m. with each adult entrée purchase. That’s pretty awesome, just pay for your entrée and your kiddo eats free! Take advantage of this fun promotional menu, and maybe get yourself some elves for your shelves!

Score one for the NWSL, some marketing news broke that Octagon is going to handle all things marketing, sales, etc. Octagon who?? Octagon is a behemoth when it comes to sports marketing. Who are some of the athletes under the Octagon umbrella? Ben Zobrist, Felix Hernandez, Steph Curry, The Greek Freak, Simone Biles, and Vladimir Tarasenko to name a few. That’s quite the portfolio, and with all the success of the USWNT stars that also play in the NWSL this should send the league into the stratosphere.

The talent is there, now it’s time to better market it and get exposure for the league across the nation. Sometimes that’s all it takes is some proper marketing to grow your audience. It can be a soccer league, or it could be your small business. If this is what your small business needs, then reach out to us and we can help!
-JC

Na Na Na Na. Be like Percy Miller, aka Master P and make sure you diversify that portfolio. What investment has he made? Albeit Big Poppa Burgers in New Orleans, LA. Whether it’s music, food, or clothes, Master P does entrepreneurship right. And speaking of Big Poppa, it’s something that he wants to grow into a franchise opportunity so he could provide not only delicious food for others but also jobs. Not only are his burgers touted as great, but don’t sleep on the chicken sandwiches…especially when some other company is out of them.

Master P, and other rappers know how to do the whole entrepreneur thing right. Don’t put all your eggs in one basket, i.e. music (although that works for some), but diversify yourself as a person. Provide goods or services for your fans. You want to have a sustained stream of income even past your rap/singing prime. Remember, if you are going to venture into the world of being a restaurateur, just make sure your customers say, yummmm na na na na.

Whenever I see a post from Wendy’s, I see multiple comments of people begging for the spicy chicken nuggets to be added back to the menu. They’ve been gone since the spring of 2017. People have always been very passionate about them, given the title of an article on Delish titled, “Wendy’s Got Rid Of Its Spicy Chicken Nuggets And The Internet Is Pissed.” After two years of people begging for Wendy’s to bring back the nuggets, Twitter brought out the big guns: Chance the Rapper. On May 4th, Chance tweeted, “Positive Affirmations for today: I WILL have a good day, I WILL succeed today,Wendy’s WILL bring back spicy nuggets at some point please please Lord let it be today.” Wendy’s quoted the Tweet and said that if their Tweet gets 2 million likes, they’ll bring back the nuggets. Of course, since Chance is so popular, as well as the spicy nuggets being so popular, their Tweet got 2.21 million likes in under 48 hours. After that, Wendy’s Tweeted, “THIS IS NOT A DRILL! Spicy Chicken Nuggets are coming back! Y’all are crazy! That took like a day and a half! WHAT?! We don’t know when yet, gotta figure it out, but soon, and ok, LOSING IT RIGHT NOW THIS IS AMAZING!!” Recently, they announced that the nuggets will make their return on August 19th, so if you work at Wendy’s, I’d suggest calling in sick that day.

Well, I would stay thirsty too if my drink option was hot dog water. A man decided to sell it, jokingly, at the Car Free Festival in Vancouver. The bottles of it looked like a Voss copycat, and included a single hot dog in each. They were sold for $37.99 CAD, which is just over $28 USD. He marketed it as a keto drink that will help lose weight, is anti-inflammatory, and can help you increase brain function and vitality as well as look younger. They also sold Hot Dog Water lip balm, breath spray, and body spray. They ended up selling about 16 gallons of it. Although dozens of people bought it, he spent around $1200 on the marketing stunt including bottles, labels, and branding. He didn’t actually make money, but he definitely gained awareness. Ending with something to ponder on, the label stated, in fine print: “Hot Dog Water in its absurdity hopes to encourage critical thinking related to product marketing and the significant role it can play in our purchasing choices.”

Do you see what I see?? A cup full of mead?! Nah fam, that’s your Starbucks order…hope it was a good one HBO. Whatever, I don’t care. I still love Game of Thrones minus that oversight, which I’m still baffled how that made it through a crew of editors. BUT, Starbucks clearly won this situation. The buzz around the cup accidentally left in a ‘Game of Thrones’ scene is also worth more than $1 million in free publicity for Starbucks (Marketwatch). How lucky Starbucks got with this slip up. Everyone is talking about it, memes are all over social media, and word of mouth spreading like wildfire. Some official social media responses to it from Game of Thrones and Starbucks:

Maybe what the cup officially said?

The internet had a field day, and Starbucks came out on top, so Drinkcarys and stop complaining..enjoy what’s left of the series!

The marketing campaign for Avengers: Endgame is reportedly the most expensive of all time for Marvel Studios. The last eleven years of the Marvel Cinematic Universe has all been building to this. Avengers: Endgame will be the culmination of a 22-film story (Screen Rant). We’ve finally made it to the endgame of the Avengers. And boy did they ever go all in on their alleged budget for marketing, roughly $200 million to promote the movie *passes out*.

Excessive? Possibly. But let’s not forget that the last movie, Avengers: Infinity War grossed a measly $2 billion worldwide. So why not ball out in the name of Thanos and put $200 million into your marketing and promotion for Avengers: Endgame. Given pre-sales for tickets and opening weekend coming up, they’re going to break some records, IMO. But time will confirm. So buckle up folks, the overexposure to Avenger ads, trailers, and products will be over in time as they work they’re way back up to the billion dollar and beyond mark. Side note: I’M PUMPED.

IT’S ALMOST HERE, FOLKS! Game of Thrones will be back Sunday for its final season, and it’ll be a great season full of many feels. It’s been hyped to the next level, ad campaigns up the wahoo, and many marketing stunts just to make sure you know that April 14th is Thrones Day. The marketing budget for this season of Game of Thrones, according to a recent report in The Wall Street Journal, is about $20 million. I mean a monumental marketing budget for a monumental show, everyone (almost everyone) talks about it and has been waiting two years for this moment…to simply be on the edge of their seat to watch their favorite characters die. But there’s soooo much more. They had a collab with Adidas in launching Ultraboost shoes for each specific Thrones house, seen here GoT Boosts. There’s a #ForTheThrone quest in which a giant Iron Throne is popping up in random cities. There’s branded wines for houses, White Walker whiskey, and one of my favorites would have to be GoT Oreos.

CASH COW. That’s exactly what GoT is and what all these brands definitely know, so why not get behind GoT and have your products flying off shelves. So cheers to HBO and GoT for absolutely relishing what’s left of this historic run of a show, keeping pumping it because come May…it’ll all be over. Don’t cry because it’s over, smile because it happened. GoT? More like GOAT. Amirite?